Students in the College of the Liberal Arts are Change Makers. They recognize problems, create solutions, and utilize their liberal arts education and experiences to make it happen. Our students are entrepreneurs, campus leaders, activists, and more.

UNIVERSITY PARK, Pa. — Entrepreneurship is all about ideas — and for two Liberal Arts students and Paterno Fellows at Penn State, one idea sparked a program that would become part of their legacy and allow them to help others.

As a first-year Penn State student, Cory Steinle, now a junior majoring in labor and employment relations and communication arts and sciences, had an idea to help other first-generation college students like himself through a peer-to-peer mentoring program. Steinle recognized that he was lucky to be able to receive merit aid and college acceptances, but noticed a lack of mentorship in the school system, especially for first-generation students.

Thinking that college students could help with the college admissions process in ways that parents, counselors, or teachers might not have the time to, Steinle pitched the idea to a friend and eventual co-founder, Daniel Zahn, a junior majoring in English, philosophy and communication arts and sciences.

This idea blossomed into an organization called F.O.R.M. Consulting, which stands for "Future Opportunities Reached by Mentor." Thus far, it has helped upwards of 50 students with the college application process. In its early stages, Steinle took the lead as president of the organization, which involved setting up the organization’s structure, membership, and adviser. Zahn developed legal protocol and liability management for F.O.R.M. in these stages, coming together to create a fully functioning, consulting protocol.

A partnership director helped F.O.R.M. pair with local high schools. From there, Penn State members took part in consultant training seminars that prepared them to be matched with real high school students.

Though beginning a new organization is never easy, F.O.R.M. has succeeded in helping students to a better future. On the successes of F.O.R.M. and its mentees, Steinle said, “Many students who we've worked with went on to school at the University of Virginia, University of Pittsburgh, Duke University, and Penn State's Schreyer Honors College — with many of them on some sort of merit-based financial aid. These are students with incredible potential, who just needed an extra push in the right direction and a trusted adviser to help them get there.”

Zahn also spoke about the successes of the early planning stages and transitioning into a long-term organization.

“We thought a lot about organization and delegation at the beginning, and I think one of the smartest things we do is constantly reevaluate," he said. "We're not afraid to change the constitution, alter positions and reassess how we're functioning as an organization to make sure we work toward our mission.”

It is in this stage that Steinle recognized his liberal arts education as central to the F.O.R.M. mission and implementation. He saw the College of the Liberal Arts as a driving force that taught him how to think critically and allowed himself and Zahn to solve problems within F.O.R.M., even with little experience in organization development.

“There is a direct and causal relationship between the quality of my instructors, the content of my courses, and the successful outcome of F.O.R.M. Consulting," Steinle said.

Though Steinle, Zahn and F.O.R.M. have grown and gone on to different paths, the organization that resulted has affected their lives and many mentees’ lives, as well. The Penn State chapter of F.O.R.M. Consulting is currently looking to expand to other universities and share its mission. Current F.O.R.M. president Olivia Pierce and vice president Jake Springer, along with Zahn’s help, are working hard to expand their impact to students outside of State College.

Of this, Zahn said, “I really think our model makes it possible for a lot of college students to use what they already know to help others, and I would love to see that become a nationwide reality.”

Learn about all of the passionate and innovative Liberal Arts students by visiting https://la.psu.edu/current-students/undergraduate-students/experiences/meet-the-change-makers. 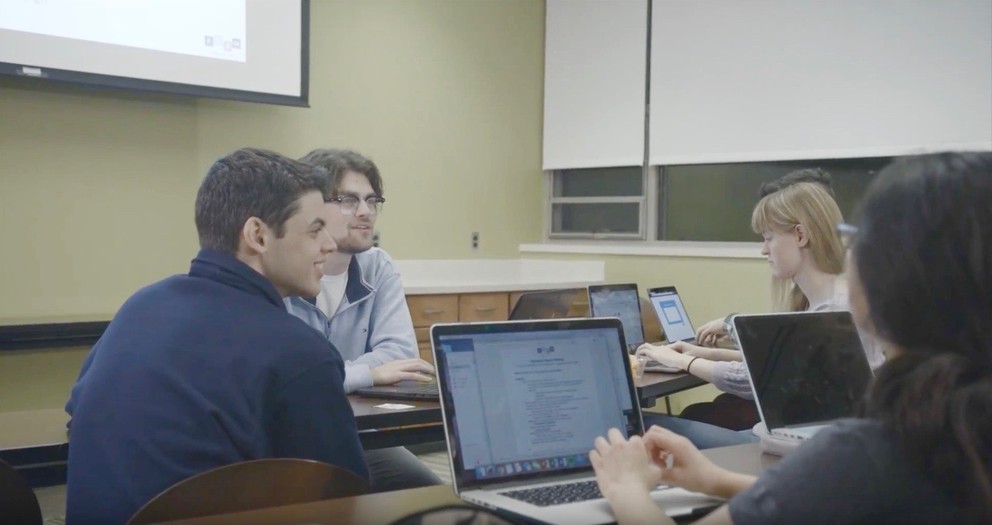