LER School’s Director featured on Discovery Channel documentary on the Homestead Strike of 1892.

Paul Clark, School Director and LER Professor, is featured in a Discovery Channel documentary on Andrew Carnegie, Henry Clay Frick, and the Homestead Strike of 1892.  Many LER alums will recall learning about these American industrialists and the historic Homestead Strike in their LER 100 Intro and their LER 458 Labor History courses.  Clark, who occasionally conducts on-site tours at the site of the conflict between the Homestead steelworkers and Pinkerton Detectives on the Monongahela River outside Pittsburgh, was invited to provide commentary for the film by Shawn Abraham, an LER alum now working for the Discovery Channel.  The film, titled American Titans!  Carnegie vs. Frick, first aired in August on Discovery’s American Heroes Channel (AHC), and is now available on-demand on many cable TV packages. 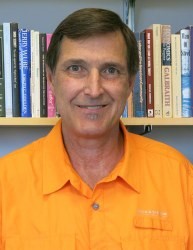