You may read the original story here.

The former Penn State football tight end signed a contract with the Las Vegas Raiders shortly after the conclusion of this year’s draft.

Bowers served as one of the Nittany Lions’ go-to tight end targets alongside standout Pat Freiermuth. This past season, he appeared in all 13 of Penn State’s games and hauled in 10 passes for 214 yards and three touchdowns.

In his three-year tenure in Happy Valley, Bowers totaled 279 receiving yards and five touchdowns on 17 career receptions. He appeared in 26 career games and saw plenty of action on special teams.

Bowers is the latest Nittany Lion to sign as an undrafted free agent. Earlier Saturday, offensive lineman Steven Gonzalez signed with the Arizona Cardinals, while standouts including Yetur Gross-Matos, KJ Hamler, and even Tommy Stevens heard their names called throughout this week’s draft. 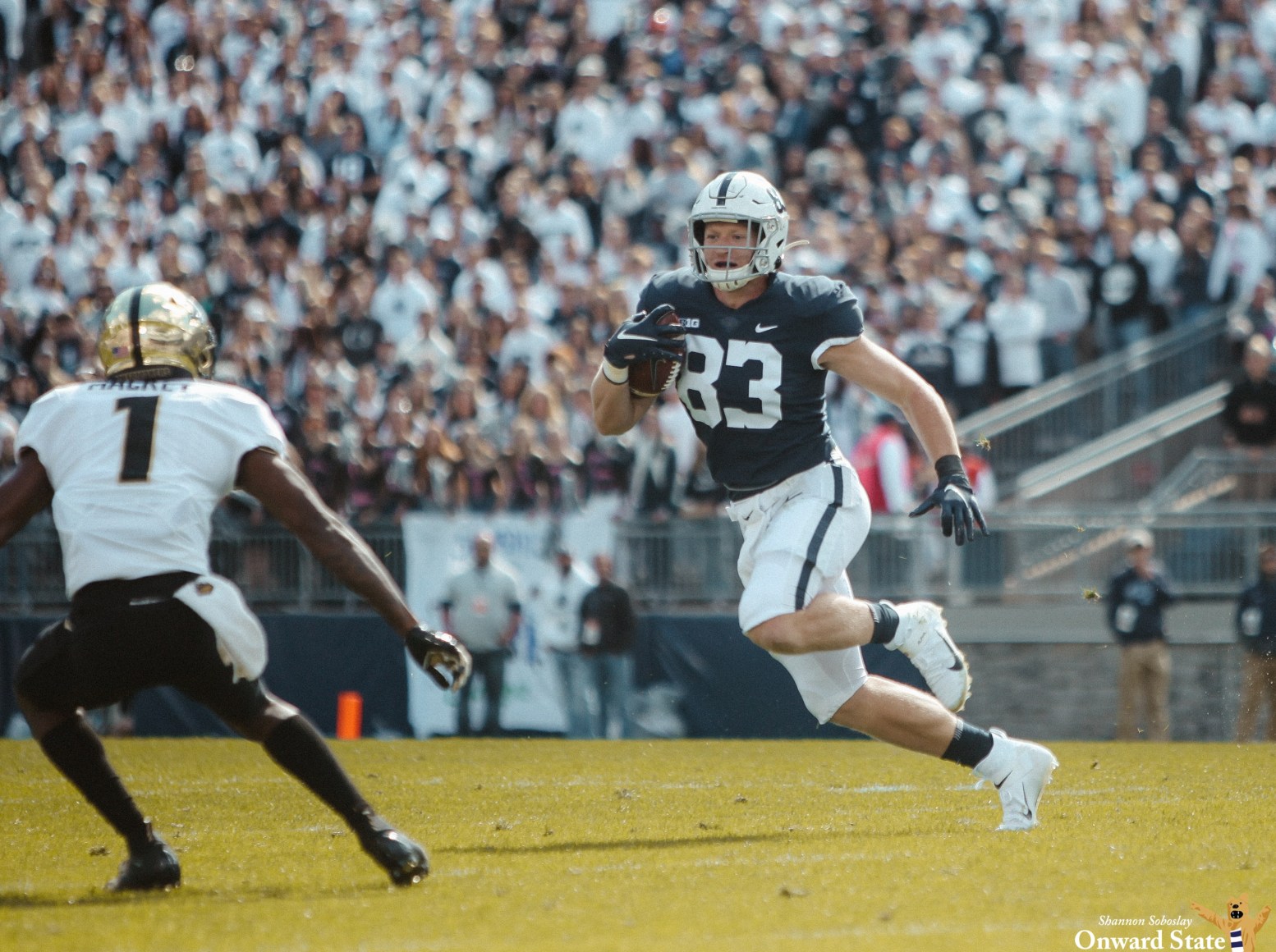