The original story may be found here.

UNIVERSITY PARK, Pa. — It started as a simple way for graduate students to help other graduate students at Penn State. Realizing that everything was changing due to the COVID-19 pandemic and knowing that many graduate students would face financial or other hardship, members of the Coalition for Graduate Employees (CGE) decided to create a digital form to identify those in need and find ways to help.

“Members of the coalition looked at what other schools were doing [related to COVID-19 response],” said Emily Smith, a third-year doctoral candidate in English and member of the CGE. “Specifically, they were thinking about what people might need from food to housing to educational assistance.”

According to Smith, a Google form was created and posted widely on social media to solicit requests from students in need. Concurrently, a form was created for people who could offer assistance.

“Within two days of Penn State’s going online, we started getting responses, and it wasn’t long before we started getting questions about how we could help people beyond the University,” said Smith. “We realized it could quickly get beyond our scope. Simultaneously, there was talk in the larger community about doing something grass roots to make sure people’s needs were being met.”

Smith said she was invited to a virtual meeting that attracted more than 50 people from across the University and across Centre County. The meeting resulted in the formation of a new organization: Centre County COVID-19 Community Response — also called “4CR.”

“Like other people in State College, I was really worried there was going to be a lot of unmet need,” said Rebecca Tarlau, assistant professor of education and labor and employment relations. “I and some others — community members, faculty from across the University, State College residents, grad students, and other people not affiliated with Penn State — decided to call for a meeting on Sunday, March 15 about how we could respond to the crisis. We put out a general message on various networks to get people to join a Zoom meeting, and we had 53 participants.”

According to Tarlau, 4CR is “an informal organization that arose based on concerns over the pandemic. It’s about community members getting together to help each other.”

Tarlau said 4CR partners with other organizations such as the YMCA, Centre Help, local churches and other informal groups to help build their capacity to offer services.

Once the organization was formed, the responsibility of managing the Google forms created by CGE was transferred to 4CR. The forms were translated into Arabic, Chinese, Farsi, Russian, and Spanish to accommodate non-English speakers in the county, and a team of twenty-two Spanish-speaking volunteers, many of whom are grad students, was organized to help families navigate the services offered by Centre County local organizations. A website was created as well as a solidarity fund for monetary donations, and four committees were formed to address different aspects of need.

The Mutual Aid Committee manages resident to resident support and neighborhood organizing. The Resource Hub manages the website and gathers information about other available resources and links to virus information. The Government Response Committee works with local officials to address issues such as rent relief and how stimulus monies will be used as well as to create more structural changes. The Outreach Committee gets the word out about 4CR and works to get more people involved.

Oliver Baker, assistant professor of English and African American studies in the College of the Liberal Arts, is a member of the Mutual Aid Committee. Though he joined the Penn State faculty less than a year ago, Baker said he wanted to join 4CR to help create mutual aid projects that address the needs of vulnerable residents in the area like low-wage workers, working-class students, the disabled, the unhoused and other marginalized people.

“Before moving here from New Mexico, I did mutual aid organizing,” Baker said. “Mutual aid is the practice where people without wealth or access to power work together to share resources to ensure their needs are met in the face of systemic inequalities. It’s a direct action sort of thing — people caring without any strings attached. It’s not waiting for the government or the private sector to do the right thing. Instead, it’s neighbors helping neighbors, workers helping workers, or people without wealth self-organizing to care for each other not only to better survive but also free themselves from the systems that force them to go without in the first place.”

Baker and his fellow committee members purchase and deliver groceries, solicit donations of food and other goods, provide transportation to doctors’ appointments and more. People have donated enough furniture to fill approximately three apartments, and others have donated baby and children’s clothes, dozens of boxes of diapers and formula for new mothers who had no income, and a variety of other items such as cribs, baby swings, games and bicycles.

Baker recalled driving to Milesburg from State College to deliver donated heating oil to a couple who had run out.

“The couple was in their 70s and couldn’t afford the cost of heating fuel to heat their house,” he said. “They were so appreciative.”

In addition to helping those who request assistance, Baker and his fellow committee members are trying to build neighborhood solidarity networks throughout Centre County.

“We’re thinking about the long term. While this pandemic may come to an end, people will continue to face social inequalities that cause them harm and suffering. We are trying to build up stronger communities so we can lean on each other for help in the future as well.”

Dara Walker, assistant professor of African American studies and women’s, gender, and sexuality studies helps with 4CR’s Resource Hub. She said the efforts of 4CR are like “a different chapter in a very long history of mutual aid work.”

“African American mutual aid societies started after the American Revolutionary War,” she explained. “Black clergymen and other free African Americans came together to figure out how to build churches and schools, how to pay for burials, how to help people who didn’t have resources find resources or share the ones they did have. The idea is that the community pulls together to find the resources to help each other.”

“I’m relatively new here [in State College],” added Walker, who initially arrived as a postdoctoral fellow in the Richards Civil War Era Center before joining the Penn State faculty. “One of the reasons I decided to stay was the sense of community I feel even with people who aren’t linked to campus. This is a way for us to make it through everything that is happening together.”

“Our faculty, both in the liberal arts and across Penn State, are active citizens in our residential community,” commented Clarence Lang, Susan Welch Dean of the College of the Liberal Arts. “It has been heartening to see that when there was a call for aid and assistance, colleagues from all backgrounds stepped up. The COVID response group demonstrates how different constituencies and interests can come together to improve the quality of life for underserved members of our county. This also becomes an important occasion to consider how to rebuild a sense of the public good more generally across society."

The "We Are" spirit is perhaps more important than ever before, and Penn Staters everywhere are coming together in new and amazing ways. During these challenging times, our community is continuing to realize Penn State's commitment to excellence through acts of collaboration, thoughtfulness and kindness. As President Eric Barron has written on Digging Deeper, this truly is a "We Are" moment — and we want to hear your "We Are" stories.

Visit news.psu.edu/WeAre to share how you or other Penn Staters are supporting each other to overcome the collective challenges presented by COVID-19. We are! 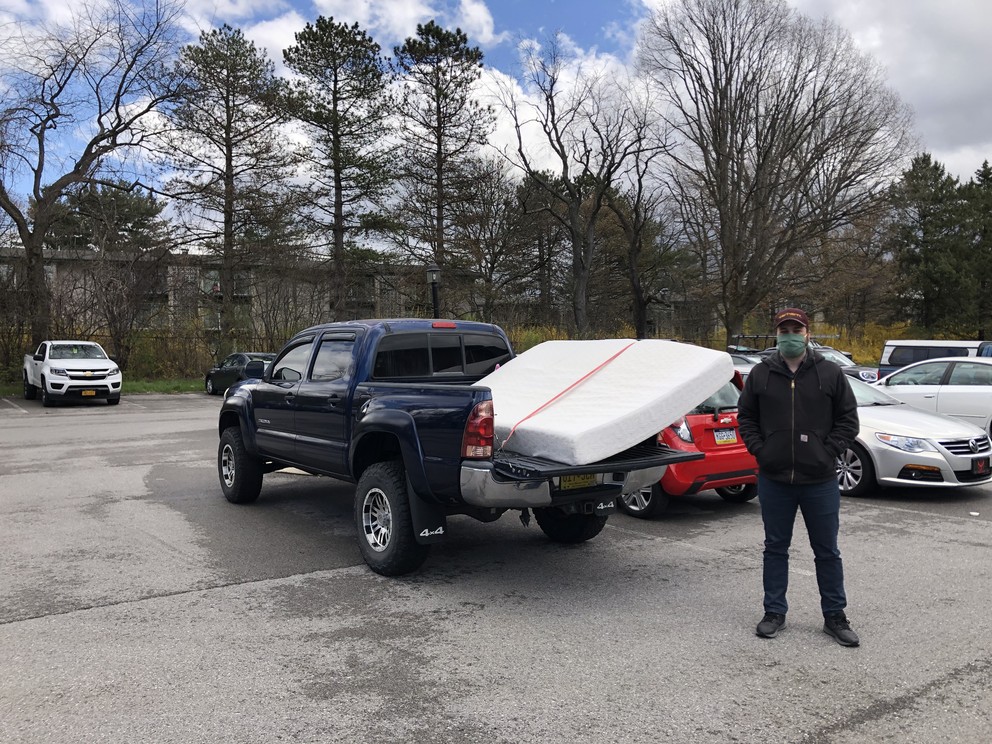