UNIVERSITY PARK, Pa. -- Foreign clothing companies that operate in El Salvador could exert their influence to help break apart an alliance that is suppressing access to better pay and working conditions for garment laborers, according to an international team of researchers.

Some greedy factory owners, corrupt labor union representatives and complacent government officials are -- wittingly or unwittingly -- aligned against the country's garment industry workers, said Mark Anner, associate professor of labor and employment relations and the director of the Center for Global Workers’ Rights.

"The nature of the violations to workers' rights and the number of violations are extreme," said Anner. "The violence that is directed at workers is bad and getting worse."

Factories in El Salvador, one of the largest suppliers of clothing to the United States, are part of a global competition in which cutting costs and corners can mean the difference between winning and losing contracts with major clothing brands. Some factories are resorting to underhanded and illegal practices to suppress workers in order to compete, according to the researchers. Workers have even been physically threatened for attempting to exert their rights.

"A lot of workers are caught in a vicious circle with factories facing tighter and tighter margins that lead to lower wages and greater intimidation," said Anner.

The researchers suggest that if major apparel brands that operate in El Salvador, such as Hanes and Nike, could increase the value of their contracts, even slightly, workers and workers' rights groups could benefit.

"Brands can do a lot to lessen this race to the bottom," Anner said. "They could pay a little more and add more stability in contracts, which would go a long way in helping workers."

Companies should also be more aware of possible violations and must be willing to suspend or terminate contracts from firms that violate workers' rights, he said.

Workers who were once protected by unions now believe that some organizations are corrupted, or simply tools of the owners. In some cases, factory owners force workers to join their own unions as terms of employment, or for consideration for special loans. Some owners have reportedly paid off officials of once legitimate unions to keep workers from organizing with legitimate worker organizations.

Workers also told researchers that street gang members have intimidated them from joining or organizing legitimate unions. Anner said the use of these gangs as a form of coercion is relatively new in the struggle for workers rights in El Salvador.

"At first we didn't understand why street gangs would be interested in denying worker rights, but after putting together pieces of the puzzle, a plausible explanation that emerged was that factories are often located in gang territory," said Anner. "The owners of the factory were basically being extorted by the gangs and eventually were brought into regular contact with gang leaders, and these contacts possibly opened up the use of gangs when owners were faced with union problems that they wanted to address through violence or intimidation."

Despite a government that is more sympathetic to workers than previous administrations, officials have done little to stop violations of workers' rights. The laws are out-of-date and full of loopholes, according to the researchers. There are only a few factory inspectors to enforce current laws and, because of low pay, the inspectors are susceptible to bribes and intimidation.

"I would like to think the current government is doing more than previous governments, but there is still a long way to go," said Anner.

El Salvador is not unique in facing a wave of workers' rights suppression, according to Anner.

"We are seeing similar problems in other places in Central America -- Honduras and Guatemala -- and we are seeing it in Asia, especially in Bangladesh and Cambodia," he said.

Anner has spent several years researching worker movements and labor practices in El Salvador.  He and his colleague conducted a series of in-depth interviews from 2012 to 2013 with workers, representatives from union and worker organizations, factory monitors, lawyers and labor rights experts, as well as factory owners and managers. Anner lived in El Salvador for eight years in the late 1980s and 1990s and was himself the target of anti-union violence during that period.

The researchers presented their findings in a recent report published through a joint effort between the Center for Global Workers' Rights and the Worker Rights Consortium. 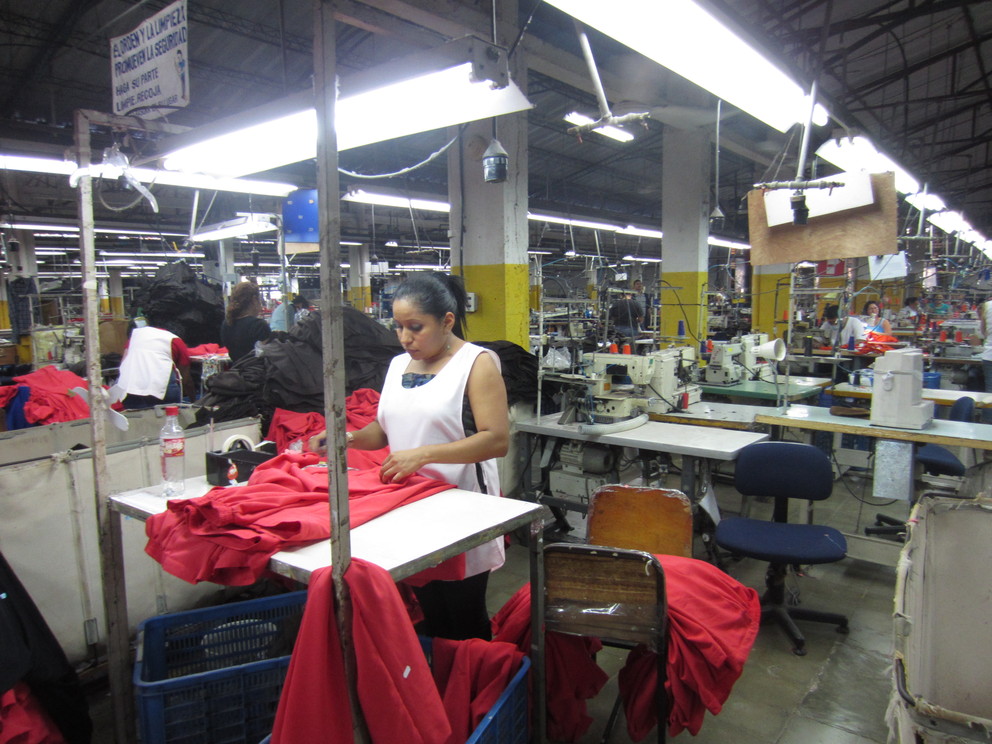