UNIVERSITY PARK, Pa. - The Center for Global Workers' Rights and the Sustainability Institute will be hosting a free screening of the Oscar-Winning film, "American Factory" on March 3 at 7 p.m. in HUB 132 Flex Theatre. The event is free and open to the public. The film will be followed by a Q&A with the film’s Oscar-winning directors Julia Reichert and Steven Bognar via video conference.

"American Factory" (2019, 115m) won the 2020 Academy Award for Best Documentary Feature. It follows the story of a shuttered General Motors factory in Ohio that is given a second chance when its purchased and reopened by new Chinese owners. The story begins with a sometimes humorous cultural clash between transplanted Chinese workers and their American counterparts, and evolves into a discomforting story of the ways in which global economic competition threatens labor rights everywhere. It is the first film produced by Barack and Michelle Obama’s production company, Higher Ground Productions.

The film will be introduced by LER's own Dr. Mary Bellman and the Q & A moderated by Dr. Bowman. This is the latest installment of an ongoing film series called Intersections: Landscapes of Labor, which highlights overlaps between struggles for labor rights, environmental sustainability, and other social justice issues. 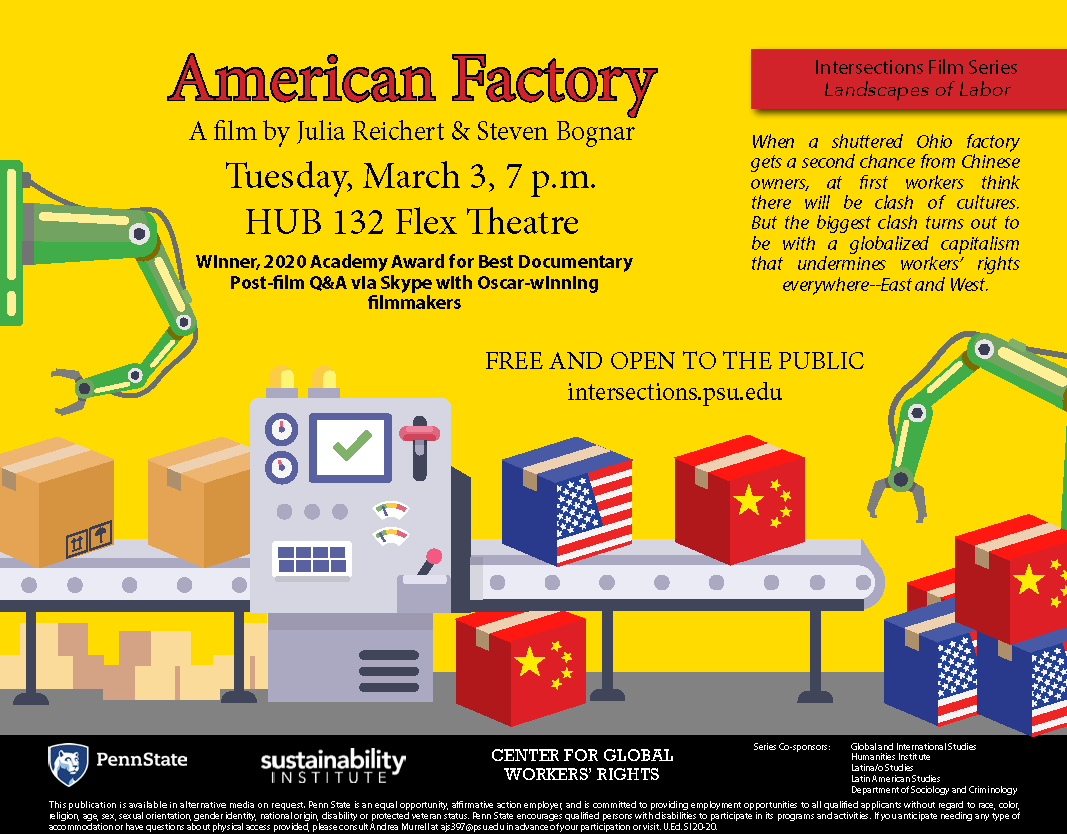