You can read the original story on Penn State News.

UNIVERSITY PARK, Pa. — Austin Urban had a choice in his senior year of high school that many young people would be envious of: Be recruited into a college baseball program or get drafted into the pros.

Though he would ultimately focus on baseball through most of his 20s, Urban returned to Penn State in 2018 and completed a bachelor’s degree in labor and employment relations and a minor in kinesiology in spring 2021.

After a long hiatus away from college, Urban credited his academic advisers with helping him to get oriented to college life as an adult learner. He said restarting his academic career within the Division of Undergraduate Studies gave him the time he needed to find the right academic program while still making progress toward his degree.

Even though as an 18-year-old he chose to play professional baseball, Urban said it was always his intent to return to Penn State and earn his degree.

“I never really wanted to go anywhere else,” Urban said. “It was a promise I made to my parents, especially my mom, that I was going to finish my degree.”

He now hopes to combine his long experience in baseball with his newly minted degrees as he pursues coaching opportunities in the sport that has taught him so much.

‘It was a whirlwind.’

By his sophomore year at Richland High School in Johnstown, Pennsylvania, Urban said he began to see a future in baseball beyond high school. Back then, he was a two-way player, pitching and playing shortstop while gaining attention for his play. In the transition to his junior year, he found another eight or nine miles per hour in pitch speed. In the winter before his senior year season, he found even more power in his right arm and was throwing fastballs in the low 90s.

“A whirlwind” was how Urban described the spring of his senior year in high school. Professional scouts crowded behind home plate with radar guns when he pitched. The Tribune Democrat newspaper in Johnstown described a game at Bishop Carroll where nearly 20 scouts came to watch Urban. Urban said there were sometimes even more than that.

“It was a whirlwind, it was a lot of fun.” recalled Urban during an interview in late May. “But it was stressful, too, as a 17-year-old kid trying to make a decision.”

The Richland Rams would go 14-2 overall in the 2009-10 season and Urban would spend the summer talking to both college and pro teams. He initially committed to Penn State to play baseball and turned down the opportunity to play with the Baltimore Orioles after being drafted.

After a single semester at Penn State, Urban said he realized he wanted to play professional baseball after all and transferred to a junior college so he would again be draft-eligible. One year of college later, Urban was picked up by the Chicago Cubs and played one season in the organization before returning to the Orioles. He would play for another six seasons within the Orioles’ minor league system before an injury ended his career as a player.

He described his time playing professional baseball as tough work. He’s lived in many places and experienced the demanding life of a professional athlete living partially on the road.

“It’s a lot of hard work,” he said. “Signing as young as I did, I was 17 when I got picked by the Orioles out of high school. I was 18 when I signed with the Cubs. You had to grow up pretty quick.”

Getting back to Penn State

Urban said he found a smooth transition back into college life in 2018 when he returned to Penn State as a student in the Division of Undergraduate Studies (DUS), Penn State’s academic home for students exploring majors as first- and second-year students. He met three times that summer with Brian Petrosky, his academic adviser in DUS.

The DUS exploratory process asks students to first reflect on what is important to them and think about their strengths, interests and values. The next step in the cycle asks students to explore majors and find programs that align with their interests, as well as consider general education courses and study abroad opportunities. The final step in the exploratory cycle has students engage with their educational plan and create an experience that produces long-term success.

Urban’s time in DUS allowed him to take a year to decide where to focus and what to major in. In his first semester, he took introductory courses in labor and employment relations and kinesiology.

“I thought it gave me a really good introduction,” he said of the two courses, and added it was helpful to be allowed to test the waters of different programs.

He first plotted a course toward a kinesiology major from the College of Health and Human Development, he said, but then was eventually pulled in the direction of labor and employment relations through the College of the Liberal Arts. Urban also expressed his gratefulness to his college academic adviser, Katelyn Perry.

Urban said he liked that the labor and employment relations program was “so much related to the relationships in the workplace, leadership and management, and also touched on the basics of law as well as ethics. All of which I was able to apply with previous experiences and knowledge that I know will benefit me in either coaching, athletic administration or any other line or work I may end up in down the road.”

Looking to the future, Urban undoubtedly has one thing in abundance: experience in baseball. He now hopes to combine his degree with his professional experience and move into the world of coaching, either at the collegiate or professional level.

"I think it's important [to get a degree],” he said. “I think any time you can get a Penn State degree, that says a lot. It's not only nationally recognized, it's recognized throughout the world ... It's something nobody can take away from me.”

As he was earning his Penn State degree between 2018-21, Urban served as an assistant student coach with Penn State baseball, bringing his experience on the field to the next generation of players.

“Austin has an extremely bright future as a coach and educator,” Cooper said. “He has a unique way of connecting and mentoring young people. His impact on our program the past few years has been invaluable.”

Urban said he is grateful to the coaches that shared their knowledge with him and that feels strongly that he should in turn share his experience with other upcoming players.

“I'm able to share everything I wish I knew that I've learned throughout my entire career, both on and off the field,” he said of coaching. “Anything I can give back to help them out is important to me.” 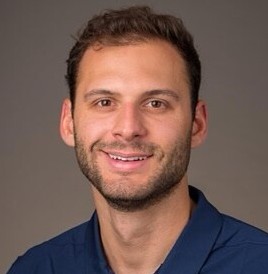