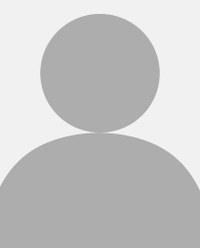 Rodolfo Soares Moimaz, a Ph.D. candidate in sociology at the State University of Campinas (UNICAMP), Brazil, has joined the CGWR as a visiting scholar from September 2021 through March 2022. Rodolfo is also a public school teacher in the state of São Paulo and a leader of the São Paulo State Teachers’ Union.

His research analyzes forms of resistance and the production of consent among teachers and other relevant actors with regard to new educational policies that have been implemented in São Paulo.  These policies were modeled on neoliberal reforms previously designed and implemented in the United States.

Rodolfo aims to use his time at Penn State to conduct field research with U.S.-based activists who have confronted similar policy and political dilemmas in the past. With this research, he hopes to contribute to the academic literature related to the organization of workers and their families under neoliberal policy regimes, and the impact of neoliberalism on public education from a comparative perspective. Rodolfo’s dissertation research is being supervised by Dr. Savio Machado Cavalcante at UNICAMP and CGWR-affiliated faculty member Dr. Elaine Hui at Penn State.