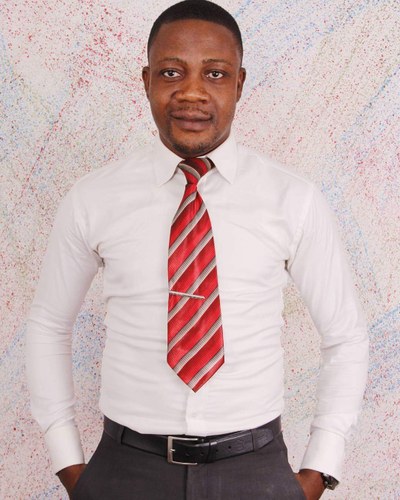 Since joining the state-owned utility company in 2010, Mr. Philip Kwaku Asante has spent the last decade of his life working as a technician operating a Water Treatment Plant (WTP) and serving urban dwellers in the Ashanti Region of Ghana with quality, potable pipe-borne water for both domestic and industrial purposes.

Within this ten-year period, Mr. Asante has been very active in his union - Public Utility Workers Union (PUWU) of the Trades Union Congress (TUC) Ghana. He started as a youth representative for his local workplace union. He was later voted as the Secretary for the Regional Division of his union, a position he currently holds. When his union introduced youth structures, he was elected as the first Regional Youth Chairman. At that same time, Mr. Asante was elected as the Chairperson for the Regional Youth Council of TUC Ashanti. Later in 2019, he was elected as the Assistant Secretary for the National Division of PUWU, Ghana Water Company Limited chapter.

Fighting for the course of workers' rights has been part of Mr. Asante's life, at least for the last ten years. An enthusiastic, passionate and versatile trade unionist, human rights advocate, and water quality professional. Mr. Asante is ever ready to share his experience in Trade Unionism and, most importantly, to have the opportunity to learn more through a six-week capstone experience with a U.S.-based union, an N.G.O, or other progressive organization dedicated to promoting workers' interests.